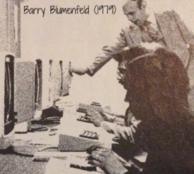 Back in the '1994, Julie was queen of the downloads. Here's an appearance on CBS News.

With a passion for clinical information and a head for technology, Julie is a pro at bridging the communication gaps between IT and providers, administrators and ancillary staff, being able to explain technology concepts in a way that everyone can understand. 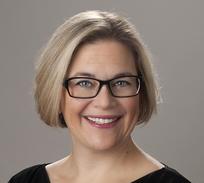 What makes Julie different from other consultants?  We asked her the top things she'd want someone to know.

Following in her father’s footsteps, the current principle, Julie Chiesa, has been working with emerging technologies since the early 1990s. Her career began in technology publishing; working for WINDOWS Magazine during the surge in personal computing through the launch of Windows 95 and the use of online services and the Internet. She wrote a popular monthly column called “Superior Shareware” before the word download was part of the mainstream lexicon.
​
She is also touted as a pioneer of online publishing working on one of the first commercially available websites, TechWeb, and publishing content on early online platforms like AOL, Compuserve, The Well and GEnie.​

In 2001, she relaunched InfoDirectors, first working in website and social media marketing for medical practices and quickly moving into the Electronic Health Records space, eventually becoming a NextGen  expert.  Today she works with organizations across the country and prides herself on having helped hundreds of physicians and their staff succeed.

Originally founded in 1973, InfoDirectors has been on the cutting edge of emerging technologies for more than 40 years. The company was relaunched in 2001 in its current business model;  a strategic technology company specializing in the business and technology of medical practices.

The InfoDirectors of the 1970 and 1980s was instrumental in many projects including the design and implementation of Jacob Javits Convention Center Administrative Computer facility and the design of disaster recovery systems and procedures for Amerada Hess Corp. The company’s original principle was Barry Blumenfeld, one of the first people to get a Bachelors in the field of Data Processing in 1970.